Deciding to buy property overseas isn’t a choice taken all too lightly by foreign investors – and rightfully so. Buying property overseas is one of the biggest investments many foreigners make – as it often is done in combination with retirement plans and market outlook. An investor, no matter if motivated by ‘live in’ or rental plans always wants to secure that the investment, which often is quite substantial, is well-made for present and future time.

Before one dives to deep into the developing market as such however, it’s important that thorough research is done, checking the market cycle and how healthy it is. This is what this article strives to aid you with.

The potential of Thailand’s property market

Thailand is inevitably one of the most popular countries when foreigners decide to buy property overseas. Thailand’s property market has seen a slow, but consistent upward trend for over a decade now. The main reason being the sheer number of foreigners that visit and decide to live in Thailand.

In the Q2 of 2018 alone, around 88,000 foreigners applied for work permits in Bangkok – a number that continues to rise. As a comparison during Q1 of 2015, only 78,000 foreigners applied for work permits. That’s an increase of 10,000 expats per quarter, or 40,000 yearly.
What has caused the upward trend, you ask yourself? A better economic outlook, higher take-up and occupancy rates would be the answer to that question. Still, the market performance differs much between cities.

While the number of condominiums and serviced apartments rise each year in cities like Bangkok and Chiang Mai, the occupancy rates and prices grow with a similar speed. In short – the price is adjusted as the demand rises.

The property market of Bangkok

Even though the demand has fallen in the past couple of years, there’s still an increasing number of condominiums being built in Bangkok.

Even with a sharp increase of residential units, including condominiums and serviced apartments, prices are rising due to the high demand, at least that is the case for Bangkok.

The property market of Pattaya

Some cities, like Pattaya and Phuket, are more vulnerable to the economic climate in countries like China and Russia. Hua Hin and Bangkok on the other hand attract buyers from a wide range of countries, among others, also wealthy Thai investors.

Some newspapers and analysts claim that the Thai market is oversupplied, but there’s no major indicator showing that the market will crash within the nearest time. 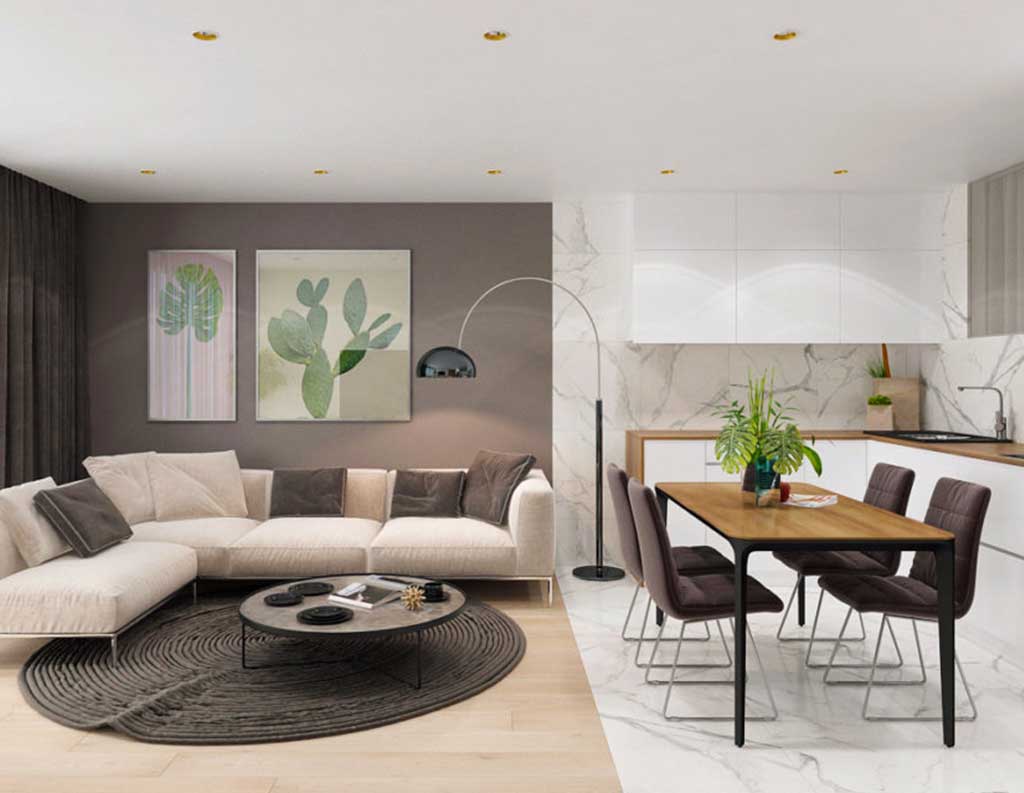 The property market of Chiang Mai

Other cities follow Bangkok’s current pathway. A constant rise in both supply and demand. Chiang Mai is a good example of an area that has experienced a similar trend. The number of newly built condominium units increased from 15,000 in 2012 to 32,000 in 2018 alone. The price increase was reported as high as 5% on average in the first 5 months of 2018 compared to 2017. At the same time, new residential units have gained popularity substantially.

The projected property market of Thailand in 2019

The Thai economy is expected to grow in 2019, mainly due to the fact that tourism and exports are seen as a steady growth indicator. The number of expats applying for work permits, as well as foreigners, who want to live in Thailand full-time, continue to rise steadily. This indicates a positive and steady growth factor for the Thai property market in 2019.

Overall, there’s no major signs that a property ‘bubble’ will pop in the near future, as the market has grown with a slow pace the past years, with no sharp or unexpected increases.

What is driving the property market in Thailand?

Thai property is still widely affordable compared to other countries in the nearby region like Mainland China, Singapore, and Hong Kong. Buyers from these countries still see Thailand, and especially Bangkok, as attractive spots to buy property. There are also a number of new mega projects planned that will be affecting Thailand, and especially Bangkok, quite positively. Some examples of that are the EEC (Eastern Economic Corridor), China’s One Belt One Road project, several new metro lines, and other mass transportation projects in the pipeline. These projects will enhance the infrastructure and drive future growth.The quality of new residential units in Thailand is also above par, with well-known brands and international developers working in the Thai real estate market. Foreign partnerships with local developers continue to increase as well. There’s also a constant increase of foreign investors and the government continues to introduce investment-friendly policies. In fact, almost 25% of the buyers in the upscale areas of Bangkok are foreigners. 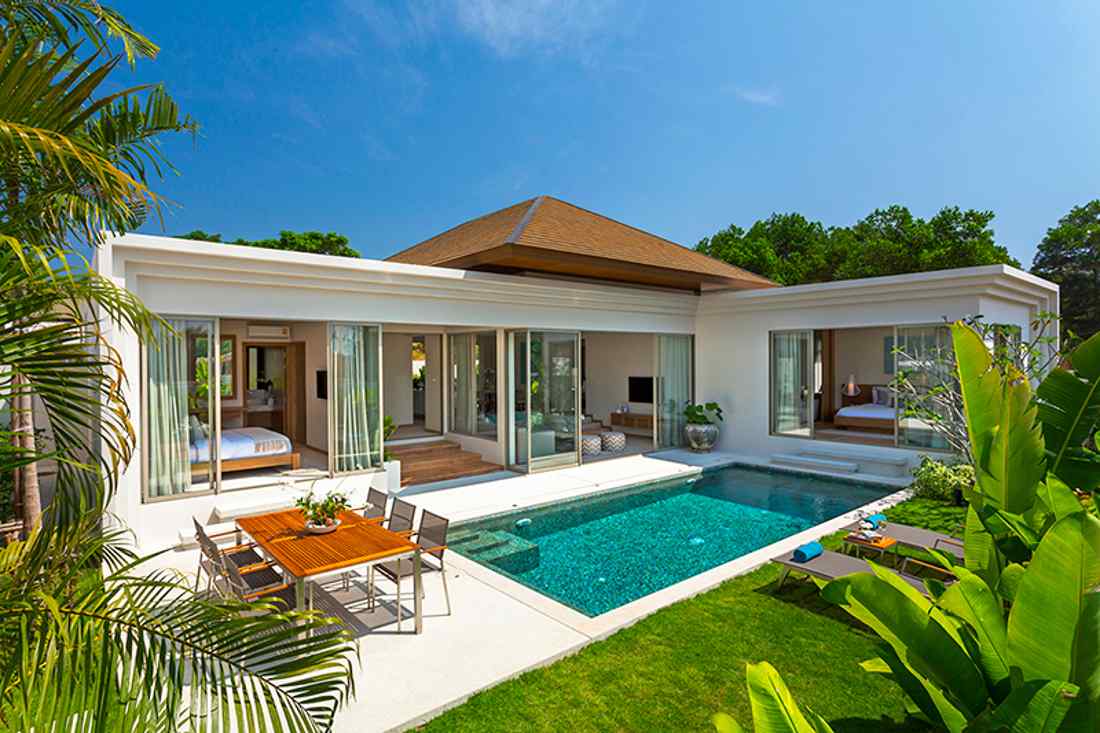 The changing demographics of Thailand

Vietnam, on the other hand has a population that will increase from around 95 million to 120 million until 2040, and 50% of the population are below 30 years old. A similar trend can be seen in the Philippines.

So far however, the demographic issues have been negated due to the increased number of foreign investors, which have helped to keep the market above the surface. .

Thailand’s property market has remained positive and fairly steady in the last decade and will most likely remain the same in 2019.

The market performs differently depending on where an investment is planned. Cities like Bangkok and Chiang Mai are expected to grow with a decent rate, which isn’t the case in other cities, where the market has slowed down significantly. Also property types and locations needs to be taken into account.

The luxury segment with properties located in the central areas in Bangkok continue to attract a vast number of foreigners.

Low and medium priced properties in the suburban areas, that are mainly built to cater Thai buyers, has seen a greater oversupply, and with a more shaky market.

All in all, as long as a continuous demand from foreigners expats is to be seen, it is safe to say that we can expect a positive growth, especially for properties located in strategic and central areas.

Do you plan to buy property in Thailand? Get in touch with us to know more!

Good reasons for visiting or living in Phuket

Register here! Forgot Password? Back to Login Return to Login